Dorchester Lake is saved from predation by Embryo Angling

Funds raised from the 2017 Embryo Angling calendar have helped to secure the future of the historic Dorchester Lake by paying for a fence to be installed around it.

Funds raised from the 2017 Embryo Angling calendar have helped to secure the future of the historic Dorchester Lake by paying for a fence to be installed around it.

The venue is controlled by Abingdon and Oxford Anglers Alliance and has suffered heavily from otter predation over the past few years, to the extent that virtually all of the existing fish stock had gone.

But any fish remaining are now protected thanks to the fully funded otter fence that has been erected by Embryo, plus their numbers have been bolstered by the addition of five C5 Priory Fisheries carp, which were also donated.

The lake offered plenty of technical hurdles to cross before the fence could be installed, once these were navigated the fence was erected in the summer of 2018. The club showed great resolve and determination to get the permissions from relevant neighbours for the fence to be installed. Once the fence was finished the C5’s were stocked safely protected to grow on without the threat of predation.

Anthony Dumper from AOAA said “A couple of hard years fighting red tape for planning permissions and we now have that fence. The club and all its anglers are very grateful for what Embryo have done, not only do we have a fence but they are helping in the task of restocking by donating five fish to us too. The future of the lake is a bright one and we will forever be thankful to everyone involved.”

Embryo’s James Turner said: “Dorchester is a fantastic lake that sadly lost many of its jewels to otter predation and was a hugely worthy recipient of the money raised by the calendar. To personally help with the restocking and see the fantastic fence installed by the fencing team around some hugely challenging technical issues to secure the lake.” 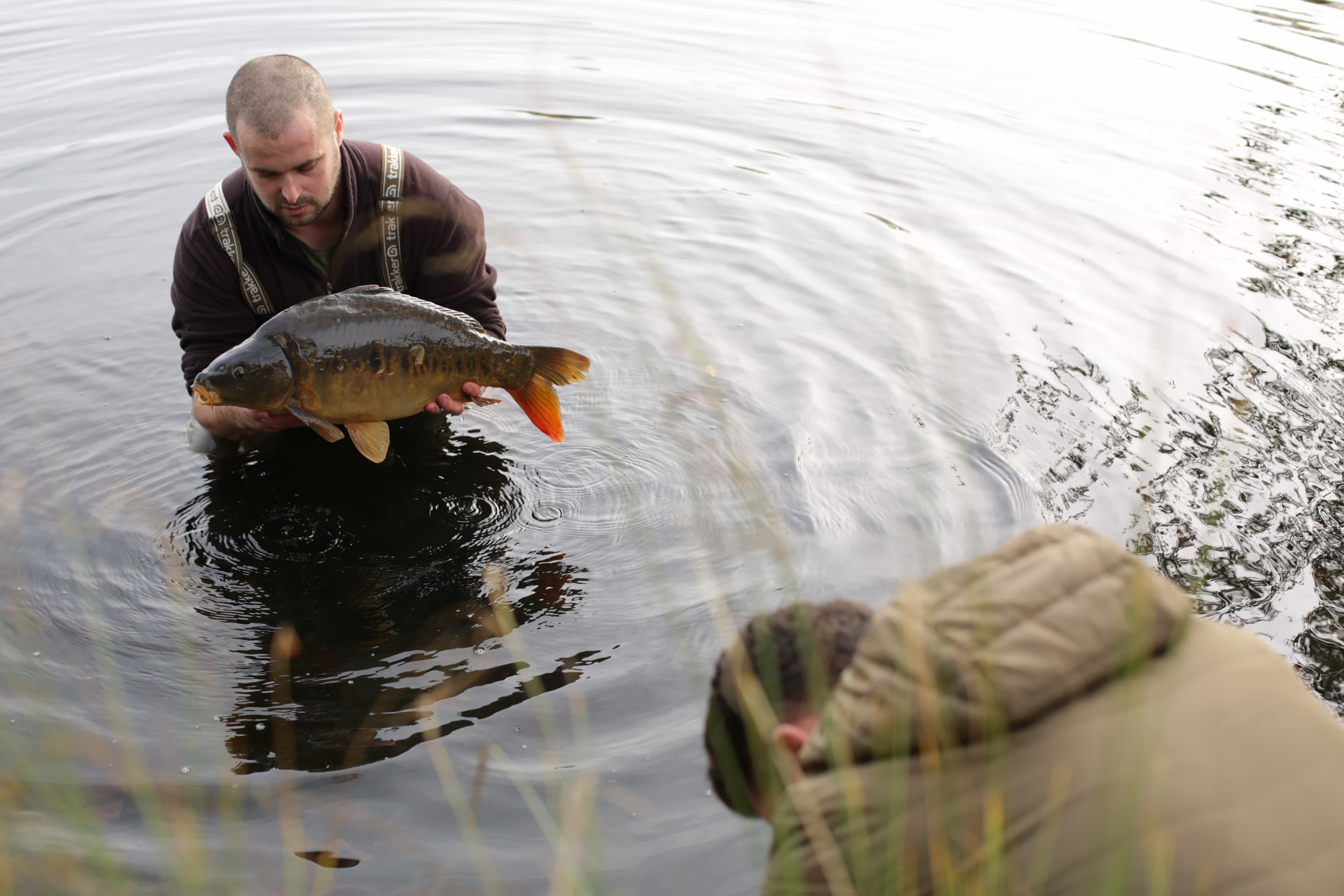 All the money raised from all the Embryo calendars goes directly to angling clubs and organisation who are unable to fund fences for themselves, the 2019 Embryo Calendar is due into shops at the start of November – every calendar sold funds one metre of fencing for a worthy cause. We are forever thankful for the shops who sell these calendars and make no money from the sale themselves and also ‘Alphaprint’ who print the calendar at cost. The 2019 calendars images are selected from a photographic competition and some of the images received have been breath-taking, the winning (best!) 12 images chosen from thousands entered!

Keep up to date